Meet Our Faculty and Staff

Areas of interests: Haitians in The Bahamas; Haitian diaspora; Antihaitianism; Stigma of being Haitian; Black Philadelphia and the desegregation of Girard College

Dr. Shirley Weber is a Professor Emeritus of Africana Studies. She was a member of the department since its inception in 1972 until 2010. Educated in the public schools of Los Angeles, she has a BA, MA and Ph.D. from the University of California, Los Angeles in the area of speech communications. Dr. Weber is recognized nationally and internationally for her ground breaking work to establish the discipline of Africana Studies. Dr. Weber was previously a member of the California State Assembly, representing the 79th district.  She is currently the California Secretary of State. 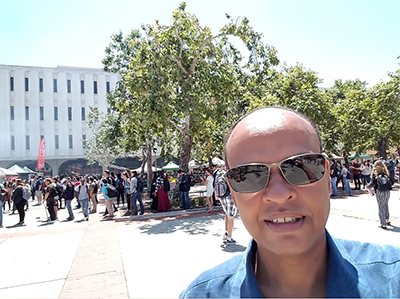 With a deep sense of sadness and loss, we write to report on the death of one of our own, Francis Njubi Nesbitt, Associate Professor of Africana Studies, who passed away suddenly on May 31 at the age of 56.

Before joining us in the College of Arts and Letters in 2000, he worked as a reporter and editor for the Daily Nation in Nairobi, as well as a reporter for papers in Seattle and Springfield, Massachusetts. His first book, Race for Sanctions: African Americans against Apartheid, 1946–1994, was published by Indiana University Press in 2004. This study was described by the late American anthropologist and United States Ambassador Elliott P. Skinner as “an important contribution to the political history of this period [and] a must for those interested in the influence of the great pan-Africanists.” In 2012, he published Politics of African Diasporas with Lambert Academic Publishing. In addition to these monographs, he wrote articles and book chapters published in a number of journals and scholarly volumes.

As a scholar, Professor Nesbitt was passionate about the subject of civil rights and the struggle against apartheid. One of his goals was to hold a symposium titled “Coming to Terms with Apartheid: Resistance, Legacy” at San Diego State University. He also had plans to establish a center for the study of civil rights within the College of Arts and Letters. He was an enthusiastic blogger and public intellectual, and his public-facing work appeared in a number of fora.

Professor Nesbitt is survived by his wife of seven years, Teresa Nesbitt. She remembers him with great love as “a good, kind man” and “a gentle soul.” She requests that in lieu of flowers, donations be made to any society or organization dedicated to eradicating disease. Professor Nesbitt’s ashes will be scattered at sea; there is no memorial service planned.